Bridging the world through games

Creating the World's Largest portfolio of

Reimagining Mobile Games Infrastructure for the

Supported by dedicated advisors, our development team consists of over 35 passionate members, all of whom work to cultivate an ecosystem of game development studios, performance & brand marketers, art studios and IP owners. Over the next year, we’re proud to roll out over 50 new games. 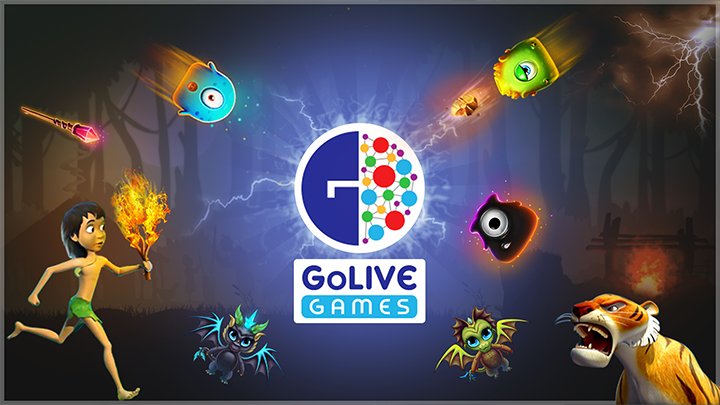 "The founding team consists of individuals who have grown games from inception to multimillion dollar revenue generators within a year!"

GoLive Games has not only cultivated a vast publisher network, but has also captivated over 2 million players and a monthly active audience of over 300,000 users. We plan to release over 50 new games in the coming years. All of our games will be monetized through In-App Purchases (IAPs) and Advertising. Our goal is to expand our current audience by 10 times to over 20 million, with around 5 million monthly active users, within 6-9 months.

With more than 2 million players 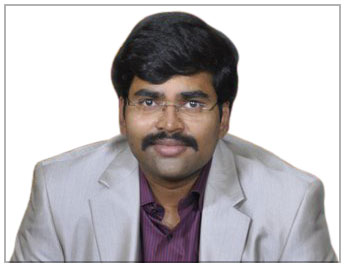 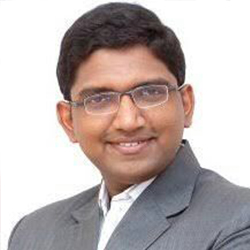 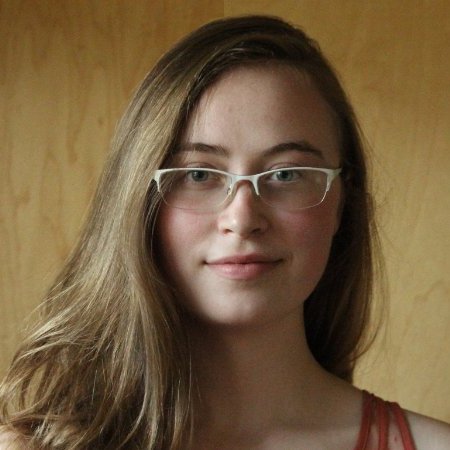 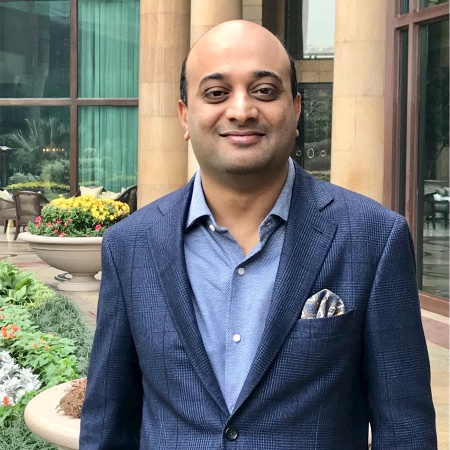 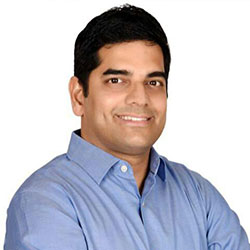 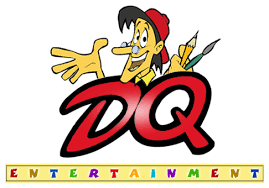 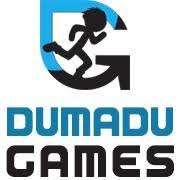 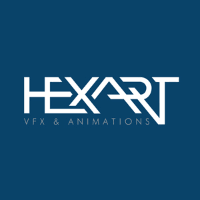 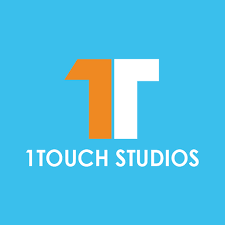 Ravi began in the E-Sports industry as a gamer (Age of Empires and DOTA), and emerged as a community leader, moderator and organizer over the last 15 years. He is an award-winning serial entrepreneur who started his first company - a pure game development venture - in 2009. Ravi has been a constant force in the indie gaming industry in India ever since. He set-up and managed game divisions at Hitachi Consulting, hike Games, and RockYou (Gardens of Time) in India. As a result, he is a well-known face in the Indian Gaming Industry.

Ravi spearheads the GameHub initiative, which is a brainchild of IIIT-Hyderabad and the Central Government of India, to create a thriving ecosystem of support for gaming start-ups in India. Under Ravi’s guidance, several PC and mobile based games (in Strategy, Casual, and other categories) were designed and implemented on various gaming platforms. He heads the Investor-Publisher Connect on behalf of NASSCOM Gaming Forum. NASSCOM is a non-profit trade association of Indian IT and Business Process Outsourcing based in New Delhi, which has over 2000 members, including 250 global corporations from the EU, US, UK, China, and Japan. 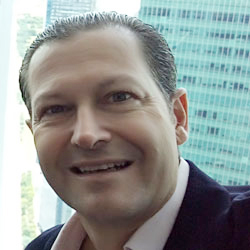 Peter has over 25 years of work experience in Compliance, Legal, and Investor Relations. He holds a BA in Economics from Hochschule St. Gallen, a law degree from the University of Zürich Law School, and served as a visiting scholar at Stanford University. Peter worked at Credit Suisse, and the Swiss law firm Lenz & Staehelin. He has worked for international IT, Media Consulting, and Film Finance Firms. Peter has been working as an independent Legal and Business Consultant with an international client base since 1998. He represented Deutsche Bank Private Equity Fund of Funds, and ERGO Private Equity in Switzerland. He is a co-founder of Elysian Fields, a film financing and production company.

Together with Dr. Nagendra Bharatula, Peter co-founded G-20 Strategies AG and G-20 Advisors AG almost a decade ago in Switzerland. Peter is the Head of Compliance and Legal, as well as Head of Investor Relations for both companies. Peter has extensive contacts in Asia, Switzerland, Austria, Germany and North America. He further co-founded NP Immobilien AG with Nagendra Bharatula and Jonathan Mathai, and is managing the development of the company and implementation of blockchain technology for efficient real estate management. Peter is a core team member of GoLive Games Studios AG, where he is providing Legal and Compliance expertise in areas such as the setting up of foreign entities and providing legal support for the tokenization aspect of the games. He is providing strategic advice in the areas of International Expansion, Copyright and IP Law.

Kiran is a technology pioneer with over 12 years of experience in building, marketing, and selling next generation technology products. Kiran graduated from the BTech program at IIIT-Hyderabad, and completed his MBA at XLRI Jamshedpur, India’s oldest management school.

Kiran has built several B2C and B2B products from the ground up, in Productivity, Enterprise Collaboration, Gaming, Enterprise Mobility, and Video Content Delivery. Most of these products reached revenues of $1 million within one year of launch. Kiran has successfully helped several companies raise money, including for his own start-up in the gaming space in 2009. He has served on the Advisory Boards of several start-ups, advising on Product Management and Corporate Strategy. He worked with start-up companies in deep tech areas like Artificial Intelligence Chatbots, Mobile Analytics, Mobile Gaming, and Health Tech. At GoLive Games, he is a core team member, developing the games.

Jonathan has 15 years of experience in bond and currency markets, particularly regarding emerging markets in Europe and Asia. He graduated from Imperial College London with a Masters degree in Information Systems Engineering, then graduated with distinction with a Masters in Mathematical Trading and Finance from CASS Business School, London. He worked at Goldman Sachs, then spent 10 years with UBS Investment Bank, designing and implementing systematic spot strategies in foreign exchange, then later managing their CEEMEA options book.

In 2014, Jonathan joined G-20, as a portfolio manager specializing in foreign exchange and real assets such as gold, real estate, and artificial intelligence-based products like mobile video gaming and algorithmic B2B mobile internet firms. He is a core team member of two ventures that G-20 is involved in: NP Immobilien AG, a Swiss real estate firm, and GoLive Games Studios AG.

Lauren is an Investment Analyst and Developer at G-20 Advisors AG. She is supporting the GoLive Games team in Operations and Management. Lauren graduated on the Dean’s List with Distinction from the University of Waterloo with a degree of Applied Science in Honours Nanotechnology Engineering, with an Option in International Studies in Engineering. Lauren has experience in the oil industry, and in early-phase start-ups. She was involved at Velocity Science, the Science start-up incubator at the University of Waterloo. Through her time working with various start-ups, she developed nanobiosensors, designed protocols, and coordinated projects. Lauren joined G-20 in 2016, as an analyst specializing in Foreign Exchange, Investor Relations, and Project Coordination. 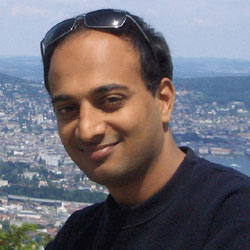 Nagendra has over 17 years of experience on the buy side in Investment Management, and is a Co-Founder of G-20 Advisors AG, Zug , and G-20 Strategies AG, Zug. Both of these firms have earned their reputation as leaders in the area of foreign exchange derivatives, fixed income investment, and trading over the last decade in Western Europe. Nagendra graduated with honours with a Masters from IIT Bombay, specializing in Semiconductor Electronics Engineering. He then received his PhD in Pattern Recognition and Information Theory from ETH Zürich, with stays as a visiting scholar at Georgia Tech and MIT. He worked and collaborated with acclaimed professors Gerhard Tröster, Paul Lukowicz, Albrecht Schmidt, Thad Starner, and Alex Pentland, in topics such as Machine Learning, Data Mining and Information Theory. Nagendra has worked and collaborated with several leading and boutique firms in the tech & finance industry, including Koninklijke Philips N. V. (DIMES), Intel, Swiss Re, Davinci and Bank of N. T. Butterfield & Son Ltd.

Nagendra co-founded NP Immobilien AG (Zug), a real estate firm which owns residential properties in Switzerland. The company is implementing blockchain-based systems for renting, deposit keeping, and management with smart contracts with NP Immobilien AG, in 2016. He is a core team member of GoLive Games Studios AG, a Switzerland and India-based mobile video gaming company which develops and publishes games for iOS and Android. Further in the blockchain space, Nagendra is working with GoLive on the overall strategy and tokenization of blockchain-based games. Nagendra began investing in CryptoCurrencies and blockchain-based technologies in 2016, after the Indian government demonetized 80% of the notes in circulation overnight. This increased demand for CryptoCurrencies as a viable alternative to fiat currency.

Maha has over 17 years' experience in financial services with GE Capital and Wells Fargo in India and Europe. He has extensive experience in credit and risk management at GE Capital and Wells Fargo and subsequently moved to a front end role managing Wells' marine sector relationships for the EMEA region, based out of London. He has worked in lending and capital markets across sectors such as marine, healthcare, aviation etc.

Maha has an MS in Finance from the London Business School and is a GARP certified Financial Risk Manager (FRM). Maha has recently co-founded a startup (Finsights Research) which leverages Fintech to provide cutting edge financial research.

Jon Lee is a seasoned Trader with 20 years of trading and risk management experience having managed trading desks in the Investment Banking divisions at Deutsche Bank and UBS. He attended University of Waterloo and graduated with a Hon. BMath in Computer Science. Joining Wall Street after graduation he has worked on the trading desk of Bankers Trust, Deutsche Bank and UBS in New York, Tokyo, Hong Kong, London and Zurich.

His current interest in Cryptocurrency and the Blockchain is from an investment and technical aspect. He believes that blockchain and distributed apps could forever transform how money and assets will be created, owned, transferred and consumed.